With the holidays coming up (Thanksgiving is less than a week away!), I have sort of gone on a baking kick. I spent one summer a few years ago testing out tons of different cupcakes recipes, and now it seems like my choice of baked goods are of the breakfast variety. My absolute favorite breakfast baked good is the chocolate babka from Breadworks, a bakery in Pittsburgh. This babka is not like the New York version – it’s more of a sweet bread with chocolate pieces throughout. It’s only available four times a year (which is exciting because it used to be limited to twice!) and after the last time I had it, I thought about trying to recreate it. I had never baked with yeast before and I know that sometimes it can be tricky. This led me to searching for beginner-level recipes that use yeast and it seemed that cinnamon rolls were the answer.

After checking out a bunch of different recipes, I decided on this one from Sally’s Baking Addiction. Just like her post explains, these were really easy to make. I was extra careful to measure correctly since I had never made a real dough before. The only change I made was to the glaze. Instead of a tablespoon of strong coffee, I used a tablespoon of Dave’s Coffee Syrup and two tablespoons of milk. I was really surprised at how easily they came together and how well they turned out. I made mine the night before I planned to eat them and this is what they looked like when I took them out of the refrigerator to rise at room temperature before baking. 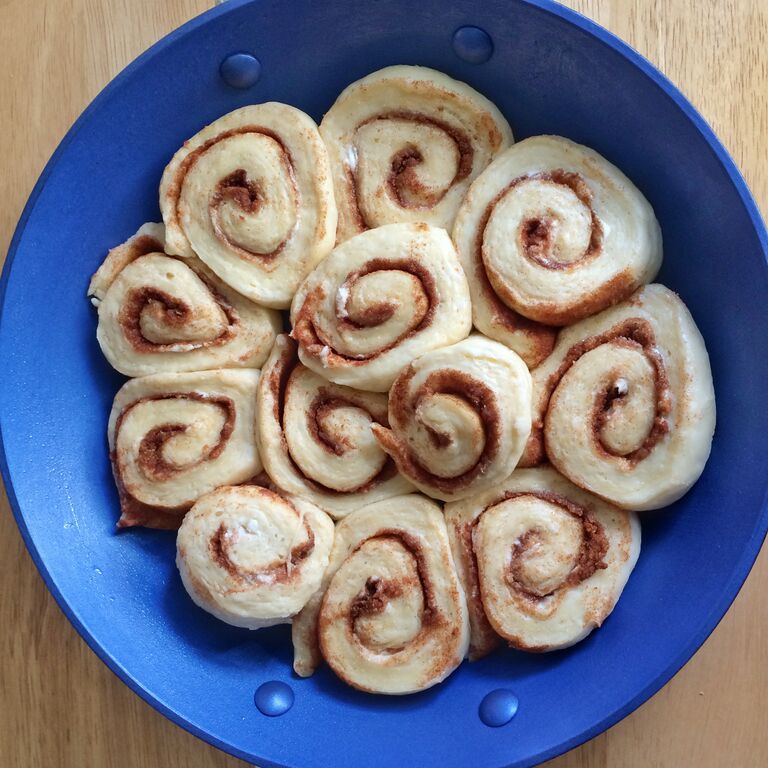 Although most store bought cinnamon rolls are tasty too, the dough in this recipe is what makes it special. It ends up being perfectly fluffy and it holds its own up against the cinnamon and sugar. The glaze, especially with the coffee component, combined with the filling adds the perfect amount of sweetness. I haven’t tried other recipes, but with this one, I don’t think I need to. 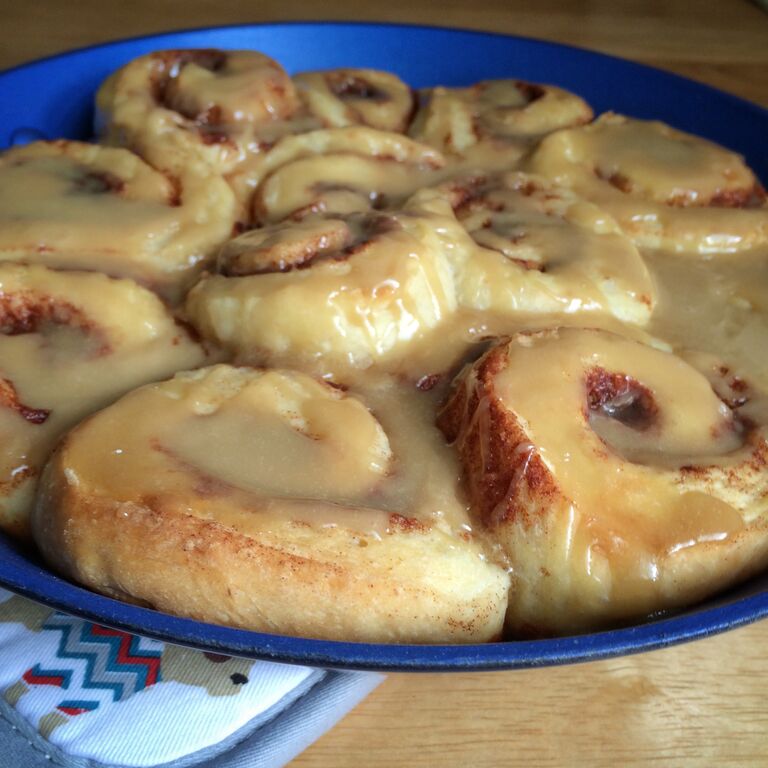 Something about cinnamon rolls just feels cozy. These were the start of a perfect Sunday last week and the end result was so great that I’m thinking of variations that I could make this weekend. These cinnamon rolls would make the perfect breakfast on Thanksgiving and could only be made better by being paired with my family and the holiday issue of Real Simple.  Happy Friday!