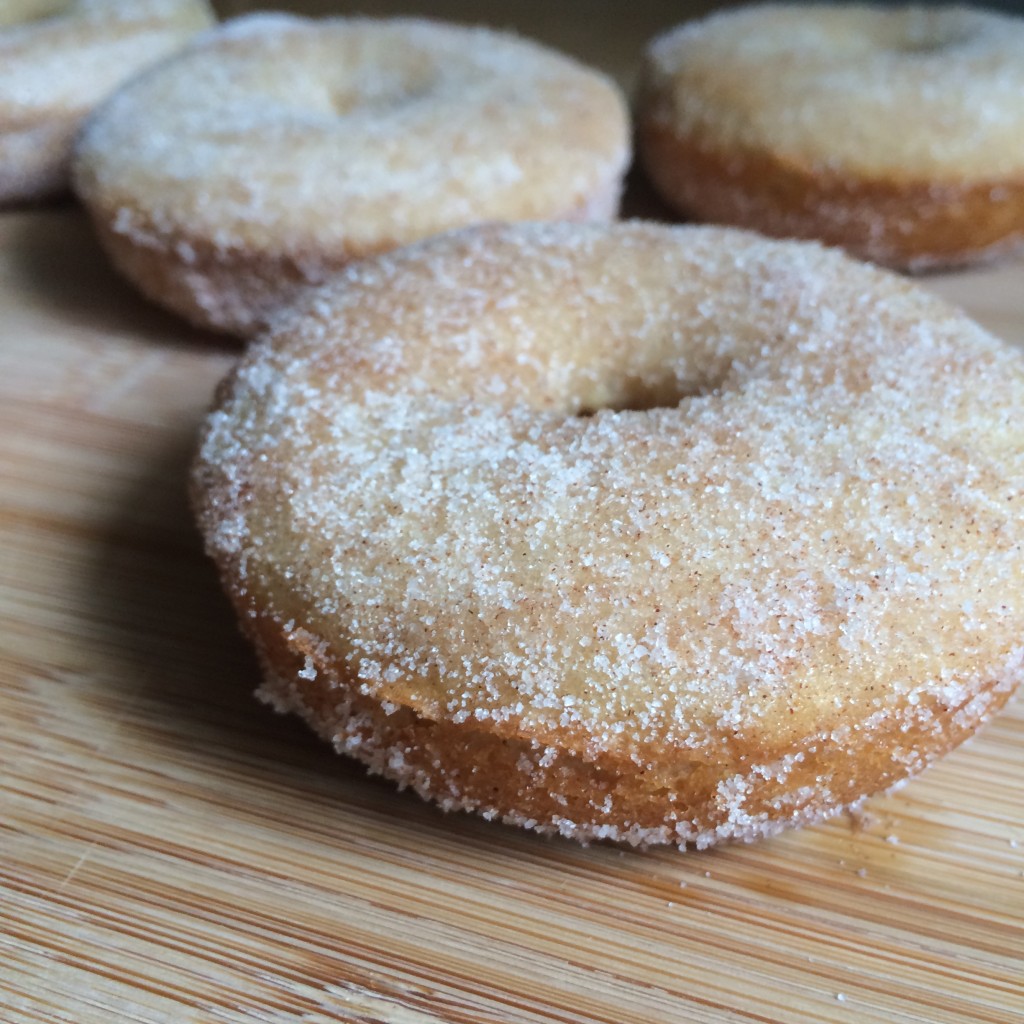 A morning person at heart, a lot of what I love about the weekend is being able to have my coffee in a real mug, not a travel mug at my desk, and enjoying a pastry (any kind, I am not picky) from a great bakery nearby as the first activity of the day. Lately, my appreciation for the donut has grown with all of the great options in the city. After almost a year and a half of living on the Upper East Side, I finally made it to Glaser’s Bakeshop. Glaser’s is known for their black and white cookies, but their donut is what makes me go back weekly (at least). They make the best simple cinnamon sugar donut I’ve ever had. When given the choice, I will almost always go with chocolate anything and donuts are not exempt from that, but this is an exception.

After trying the donut from Glaser’s for the first time, the Saturday morning donut has become my go-to. I recently bought this donut pan to try to make some different variations at home. On a rainy Saturday in October, I tested it out with a recipe for a plain vanilla donut with a Nutella frosting. They turned out well, at first, but after a few hours, the icing sort of absorbed into the donut. The base didn’t seem to hold up to the glaze and it tasted a little bit more cupcake-y than I would have liked. It was a fun first try, but I knew that it wouldn’t become a replacement for the options I have in my neighborhood.

For my second attempt with my donut pan, I wanted to try something more foolproof, and I looked to the standard from Glaser’s. Theirs is fried, but the principles are the same – a light cake base with a cinnamon sugar coating. I figured a baked version wouldn’t be too far off. After a bit of research, I found this recipe by Ina Garten and Trial #2 with the donut pan was much more successful. Ina Garten’s recipe is pretty perfect (as always). The only differences that I noticed were that the recipe yielded 18 donuts, rather than 12, which was probably due to the size of my pan, and rather than dipping the donuts in the butter, I used a brush. I tried the dipping technique first, but it made the coating a little bit too thick. With a light coat of butter, the donut held just enough of the cinnamon sugar mix.

The donuts are light, but still feel like a treat. Whether it’s the bake time, the pan, the ratio of ingredients, or all three, something made the outside feel a little bit crispy, almost like the fried version. The sweetness of the topping and the flavor of the actual cake go really well together and when I served these at a brunch with friends, it was pretty much unanimously decided that this recipe is a new go-to.